How do I Know If I Have Mild Hearing Loss? 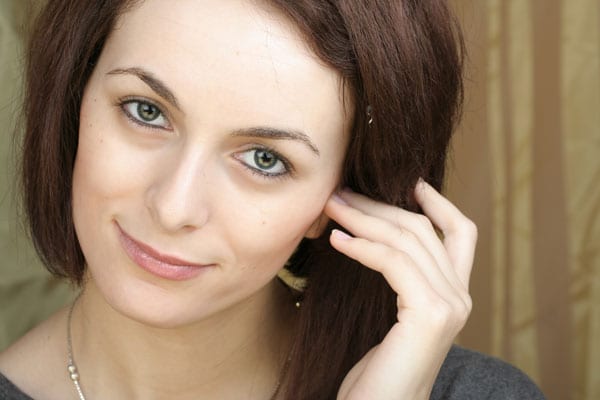 Hearing loss is an issue that an awful lot of people on this planet have to deal with. As we age, our organs and senses begin to slow down due to wear and tear over the years, and hearing is one of the casualties that is hit the hardest. It’s also something that is prevalent in groups of young people, too. The problem, however, is that many people don’t realize they have it. The signs and symptoms are there but aren’t noticed as often as perhaps they should be. Let’s talk about how someone might come to the conclusion that they have mild hearing loss.

Firstly, we’ll quickly run through a few reasons as to how you may have developed such an issue. As we mentioned before, aging plays a big part, but noise exposure also does a lot of damage to the inner workings of one’s ear.

An excess of earwax can also be a significant factor in causing someone to lose their hearing. People then use cotton swabs to clean them without realizing the damage they can do to the eardrum. Ear infections can hurt one’s long-term ear health, too, along with abnormalities in the middle ear. Finally, there are various diseases a person can contract that can cause real problems for a human being’s ear health.

You’ll struggle to understand while background noise is present

While this might not seem like much of an issue for people with near-perfect hearing, it affects those with hearing loss quite significantly. One of the ears’ biggest strengths is the ability to distinguish between direct sounds and noises in the background. Someone with mild hearing loss might struggle to understand what the person next to them is saying while background noise is present. The muffling of voices or music would interfere with the conversation.

Another ability of the human ear is that they’re able to distinguish between specific sounds, such as the words we use. If you’re talking to somebody with mild hearing loss, then they might not understand exactly what you’re saying to them. Words that sound very similar in general will sound absolutely identical to them. They’ll need to really concentrate in order for the brain to process the slight differences.

Needing to turn the volume up!

Here, we have a pretty obvious one, but if you’re constantly finding yourself needing to turn the volume on the TV or music player up, then you might be dealing with mild hearing loss. Perhaps you’ve been wondering why the volume has suddenly dipped – the real reason is due to your ears, however. If this is a constant issue, then it might be time to visit an audiologist.

Continually asking people to repeat themselves

Similarly, to the previous point, if you must ask others to repeat what they said, then it might be an issue on your end. Perhaps you feel as though you can hear things loudly and clearly, but your brain isn’t quite processing things as they used to. The volume and the interpretation problems could both point towards mild hearing loss.

As with most things’ health-related, there are going to be issues surrounding hearing loss that perhaps you might believe if you’ve not done the research yourself. If you think you may be in a serious situation with your hearing, then you might panic and self-diagnose all kinds of problems – and there are many, many misconceptions in this regard. For instance, people believe that hearing loss is heredity – it is not. Surgery cannot heal one’s hearing issues, also, so be sure to understand this before committing to anything. Many people often put it off and do not see hearing loss as much of a big deal – this isn’t the stance to take at all. One’s hearing is vital to everyday life.

If you feel as though you might be experiencing slight hearing loss, then you’re probably going to want to get your hearing checked out. You never know what might happen if you leave things off for too long. Thankfully, there will be all kinds of audiologists in your area – such is modern society. If you feel as though you’d like to speak to an audiologist with a high reputation for results, then you could always get in touch with Flynn Associates. We are knowledgeable in hearing aid dispending and repairs, as well as conducting hearing evaluations and earwax removal services.

Take our online hearing health survey and start your journey to better hearing.

Make informed decisions on the purchase of your next hearing aid device.

Find out what our hearing professionals can do to treat your hearing loss.